Every backyard has a story and this story chronicles how Phil & Melanie Multop created their dream outdoor living environment with the help of California Pools & Landscape.

The Multops were looking to remodel their pool and spa while also tying in design elements throughout the property for a continuous design flow. The goal was to blend the Carefree, AZ natural desert environment with a Mediterranean feel.

“When we bought the house we thought it was great as it was, we were really thrilled and happy,” said Melanie Multop. “It was just an awesome time in our lives to be able to get a second home down in the desert. You know how one thing leads to another and we were like wouldn’t it be nice if we had more deck space? Wouldn’t it be nice if the pool sparkled in the sunlight? Wouldn’t another fireplace be nice? We had all these ideas floating around in our heads and Phil was like you know what let’s just do it. Let’s bite the bullet and make the place the way we want it.”

Choosing A Pool Company In Arizona

The Multops contacted California Pools & Landscape when looking for a pool remodel along with outdoor living additions on the front porch & backyard. Because they were living in the Pacific Northwest, a majority of the project would be completed with them living offsite.

“We called up California Pools because we thought let’s just go with a name that is out there because we’re going to be doing all of this work from long distance from our house up in Washington. So we have to know that’s a reputable company,” said Multop. “Here we are with a beautifully completed project and I think every step of the way they just were there and really we just kind sat up at home and got emails and made a couple of trips down. But otherwise, I think it was pretty easy.” 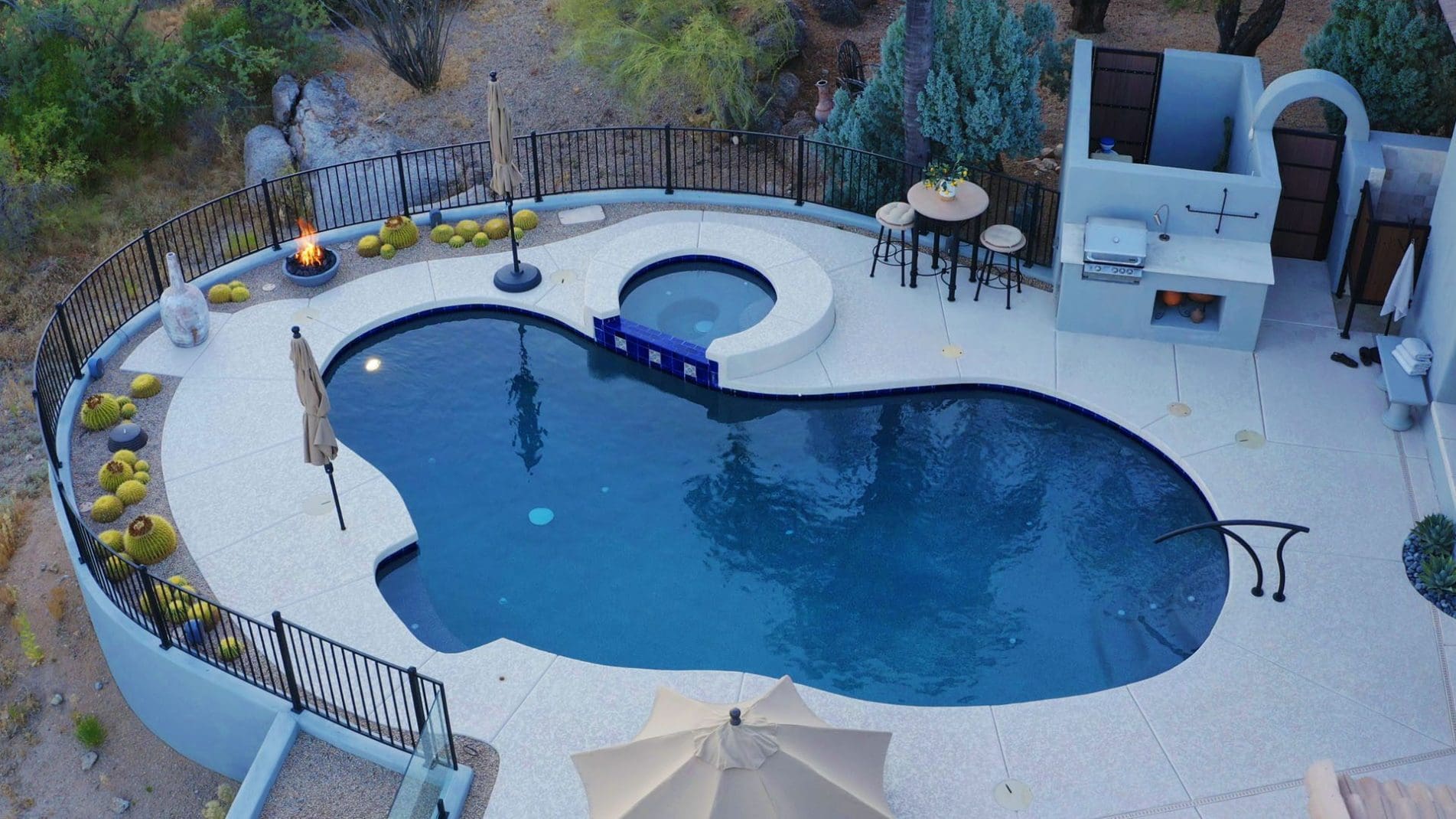 The transformation of the Multop estate centered around establishing a classic look and feel to the home.

“This house was originally built in 1985, but we wanted it to feel more like 1965 and not in an old outdated way, but in a classic stand the test of time kind of way,” said Multop.

“Some of the most fun I had was designing this with you guys, really trying to take this house back to what we thought was more era-correct, but with a little modern twist to it and I really think we accomplished that well.

“We just wanted from pulling up off the street, walking right through the whole house and into the backyard for it to all be one home,” said Multop. “Not like here’s your front, here’s your interior, here’s your pool. I think my favorite part is the continuity of how the yard flows into the house and back out into the front again.”

“That’s the beauty of it, sitting here right now I don’t feel like I’m in your front yard outside of your front door,” said Fox. “This has a backyard environment feel to it. The driveways over there, the streets out here and you would never think that just sitting here and having this conversation together.”

The whole home redesign is visible upon arrival at the Multop residence, incorporating elements that have a natural desert appearance and a fresh feel. Fox appreciates the natural appeal that the entryway exudes.

“When you pull up to the house you’re just drawn into this area. Some of it’s the walkway, some of it’s the stone, but it all brings it together. None of it is its own spectacular singular thing where nothing else is really done but we have this beautiful thing right in the middle. It’s all of it.” 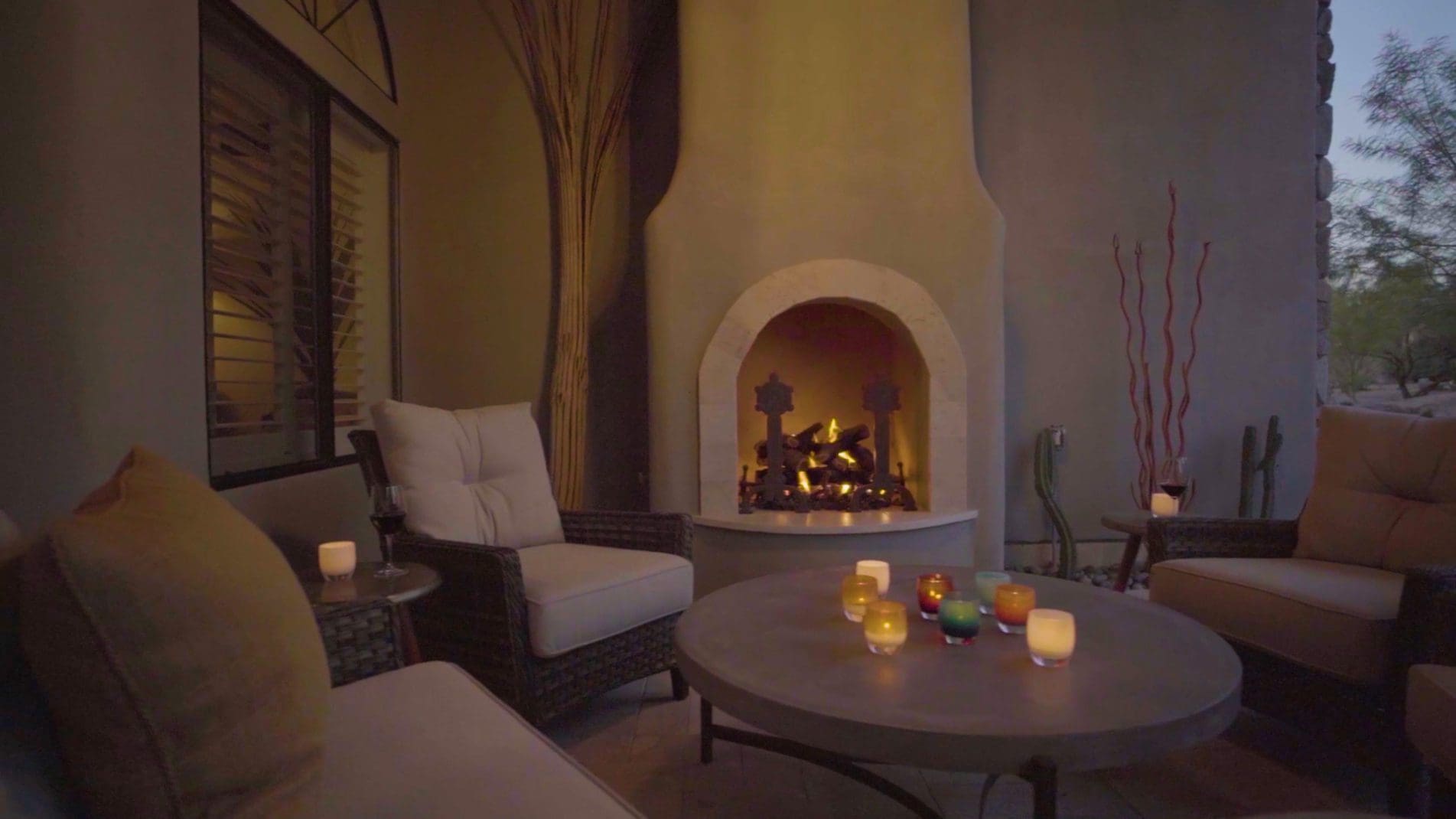 For Senior Manager Todd Hutchins, one element of the redesign immediately stands out from the rest.

“What’s really special is when you approach the space from the road you see the grand stonework up on the house and on the columns. It helps break the walls up in front of the home and really creates some definition and like we were talking about that old world feel and that french look and that desert feel that you were going for.”

“What was wonderful about your design center is that you have a really nice selection of products because I didn’t think we’d be able to find this particular stone that literally looks like it was picked up in the yard and then built the pillars,” said Multop. “You know it just looks like we just used what was around here.”

One prominent item in the redesign of the front entry to the home was a handcrafted fireplace. Stretching from the ground up to the top of the grand entryway, it creates an alluring ambiance in the space.

“My favorite element up here is the fireplace because it’s such a focal point,” said Hutchins. “It’s that really nice warm and welcoming environment that I think we captured. You come up and you see a fireplace, a seating area and then they don’t even get to see the backyard yet. So they get a grandiose entry with the fireplace and we have some unique craftsmen that hand-sculpted that with cement to get the contours and definition of that right. It’s a grand fireplace, really well done.”

“Some big re-designs with it too, based on setbacks and what we were allowed to do you know what’s considered under roof here as far as where we could actually build it,” said Fox.

“Brian really knew what the vision was for our end result which was something that looked like it was original to this neighborhood,” said Multop. “So when we had to redesign some things because of the architectural committees and things like that, it was awesome that he could come up with new alternative options for it that still kept that feel.” 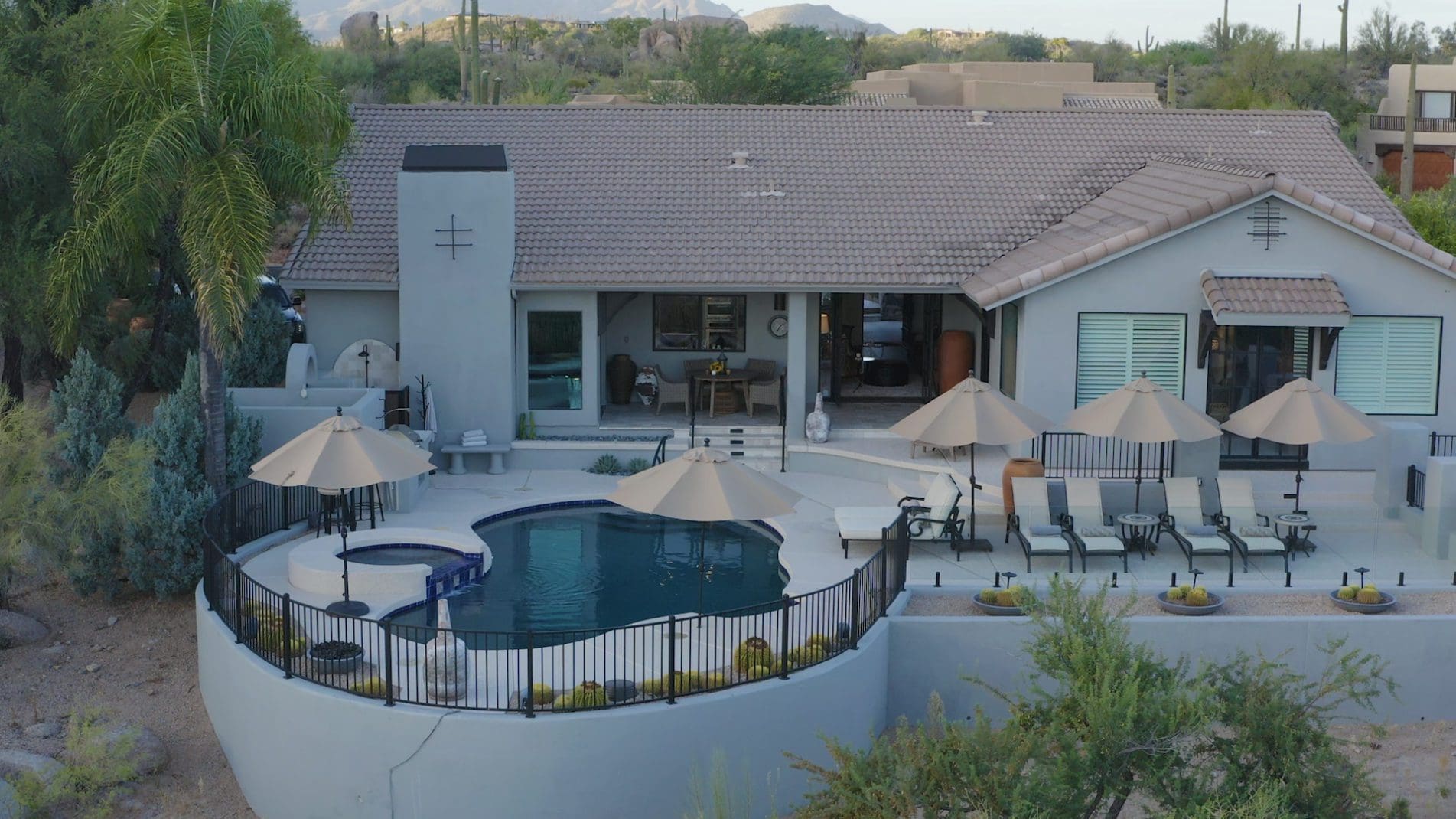 Only one thing remains from the pre-existing backyard and that is the shape of the pool. Our team completely transformed every other element of the yard.

“We re-did I think it’s safe to say everything back here,” said Fox. “The pool is still the same shape it was, but outside of that, we’ve redone everything. We resurfaced it, we redid the cleaning system on it, new concrete everywhere, got rid of the wood deck. I could talk for an hour straight about everything I love about this backyard.”

In addition to the pool, Fox included water features, a fire bowl, light features, an outdoor shower, and extensive landscaping to the remodel.

“Of course the pool is gorgeous, but I think my favorite part is how it blends with sort of this old-world feel and yet it’s very high tech,” said Multop. “We can run it off our phones like smart people do but yet I feel like this could be a villa in France, that’s what I love.”

Creating additional usable space in the backyard was necessary to complete the vision for the project. For over three months, our crews worked to demolish a pre-existing wood deck and create a new structure.

“We had an exciting build and this whole back area on the southeast corner, it didn’t exist,” said Hutchins. “It was all wood decking that hung off the side. We expanded it and created textures, retaining walls, and masonry. We feel that was a really good element because the space was limited to the pool area. By opening that area up really with all the masonry work and the craftsman that went into that, that’s probably my most favorite space because it had the most engineering. For a builder, it’s exciting to build those types of spaces.”

“And it’s as if it has always been here, that’s what I love,” said Multop. “Mechanically it was quite a challenge. To build it, you can’t imagine the amount of dirt and cement and everything. To us, it was like that’s what we always saw. We sometimes forget what went into building that because it just seems like this is what it should have been.

“We’d said to Brian that we don’t want anything to obstruct the view and so he’s like we can do glass and that will be your little modern pop. Just a little nod to the fact that this is new and it is high tech underneath all of this. So the glass to me was just that little extra luxury, it’s just gorgeous.” 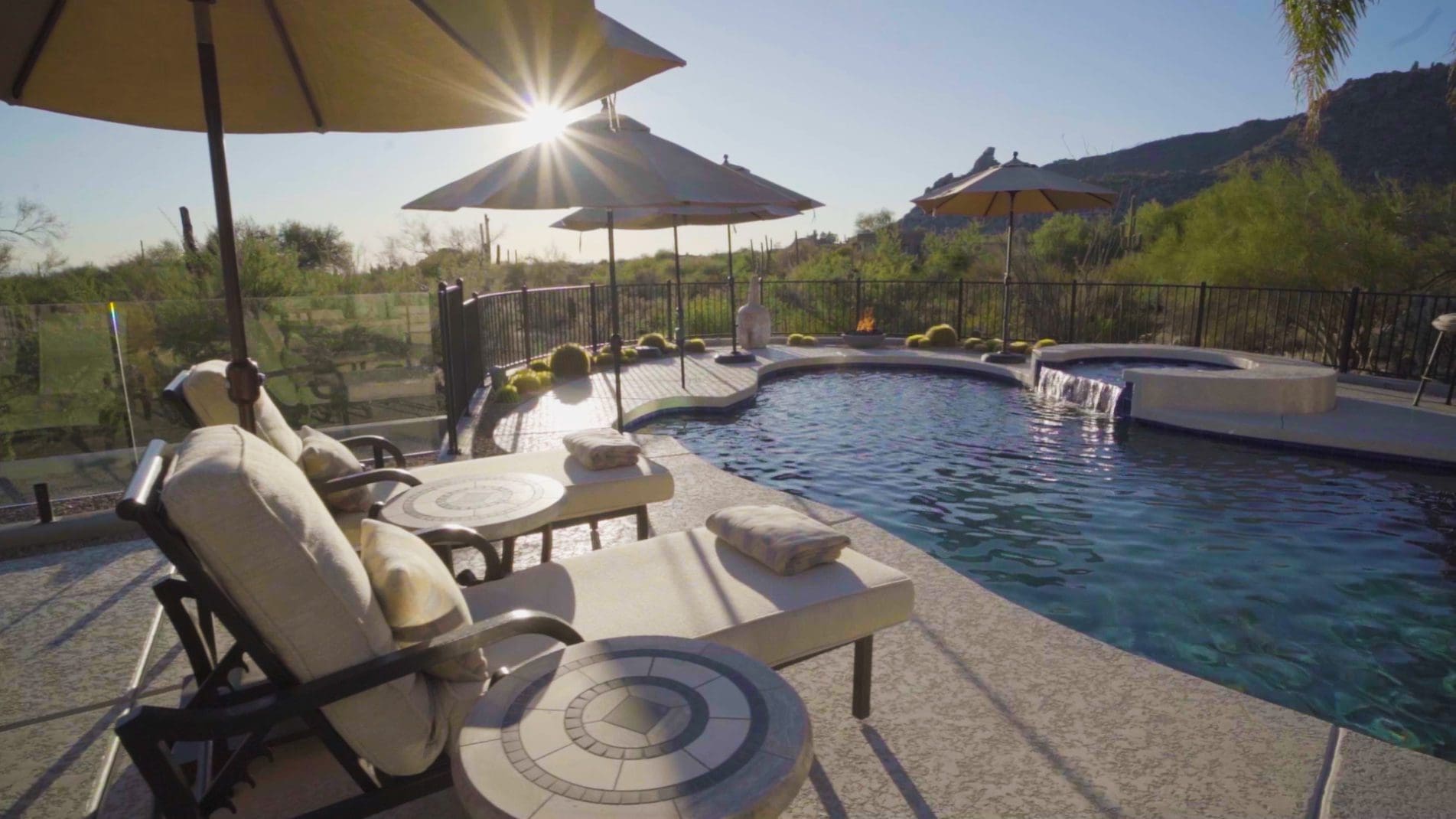 “The design team at California Pools & Landscape figured out a way to make it look beautiful but also blend with the desert. At first, we thought well this is going to be not what we had in mind, but yet we can’t imagine it any other way.”

The design team also added elements to the exterior of the master bedroom to help bring the Multops french villa to life.

“You guys matched up the tile and then we added these corbels here to kind of give that french villa look, just that architectural detail. Which I didn’t anticipate you guys as pool people, being able to do the millwork and all the time and then painting the exterior of the house. I figured we’d be running around like crazy finding all of our own tradespeople, so it was just wonderful that all of that could be cohesive.”

Bringing a customer’s vision to life is the most rewarding part of the job for the team at California Pools & Landscape.

“We feel like it’s brand new, but the idea was for it to not look brand new. We wanted it to be like an original home from the neighborhood. So I feel like we fit well in this environment but yet we have the freshness and all the technology without sacrificing the vintage look of the house. So to me, that was a success and was thanks to California Pools not even second-guessing what that was.”

If you’d like to see other backyard inspirations, watch the Backyard Biography of the McDermotts personal paradise in Rio Verde, AZ. 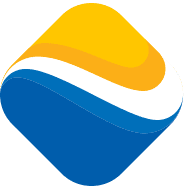