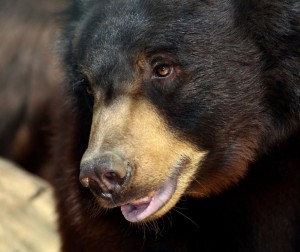 By David Brown.  Mike Smith, founder of California Pools, will be out at the Southwest Wildlife Conservation Center in Scottsdale April 17 to build a pool for its resident bears.

The California Pools AZ pool builder team will build the new pool at no charge for the nonprofit, which cares for rescued desert animals such as mountain lions, coyotes and birds. These animals are rehabilitated and released, but the bears stay, hence the need for the new pool.

He had built the first pool 20 years ago, but that one was not quite so well planned. As Mike tells it, his wife Joan gave him a kiss, a Happy Anniversary card and a big expectant smile that morning. “I gulped and lied,” he says. He told her. “Have I got an anniversary surprise for you! You’ll have it this afternoon.”

Mike had done the bad man thing: He forgot his anniversary!  Mike got into his car, and, fortunately, Southwest Wildlife called unexpectedly, saying they needed a cool-down pool for bears they were rescuing. Could he help?

Mike knew his wife Joan loved bears and quickly put a plan together.  That afternoon, Mike brought Joan, to the Southwest Center and showed her that the dry, dusty bears would soon be living as though they were down by the river because of the pool the company was building for them — especially for her. “I was her hero . . . for a minute.”

But truth doesn’t take a holiday, and Joan was interviewed on local TV about her husband, who had forgotten their wedding anniversary. That story widely survives as does the pool.

Just recently, Mike got another call from the Southwest Center: They had a lot of new bears; three were getting to use the pool, and three only had a little black plastic tub to cool off in.

Mike notes that the lady who called him did not know that California Pools had built the original pool for the bears. He told her the story, and she said, “Oh my God! I have heard that story, and even told that story, but I thought it might just be a myth.” He assured her it was true and now, two decades later, the company wanted to return to cool off some bears with a new pool.

So, Mike will be onsite on the 17th: “I will design the pool with my toe and measure it with one eye squinted,” he says. He’ll have help, though, from a generous group. 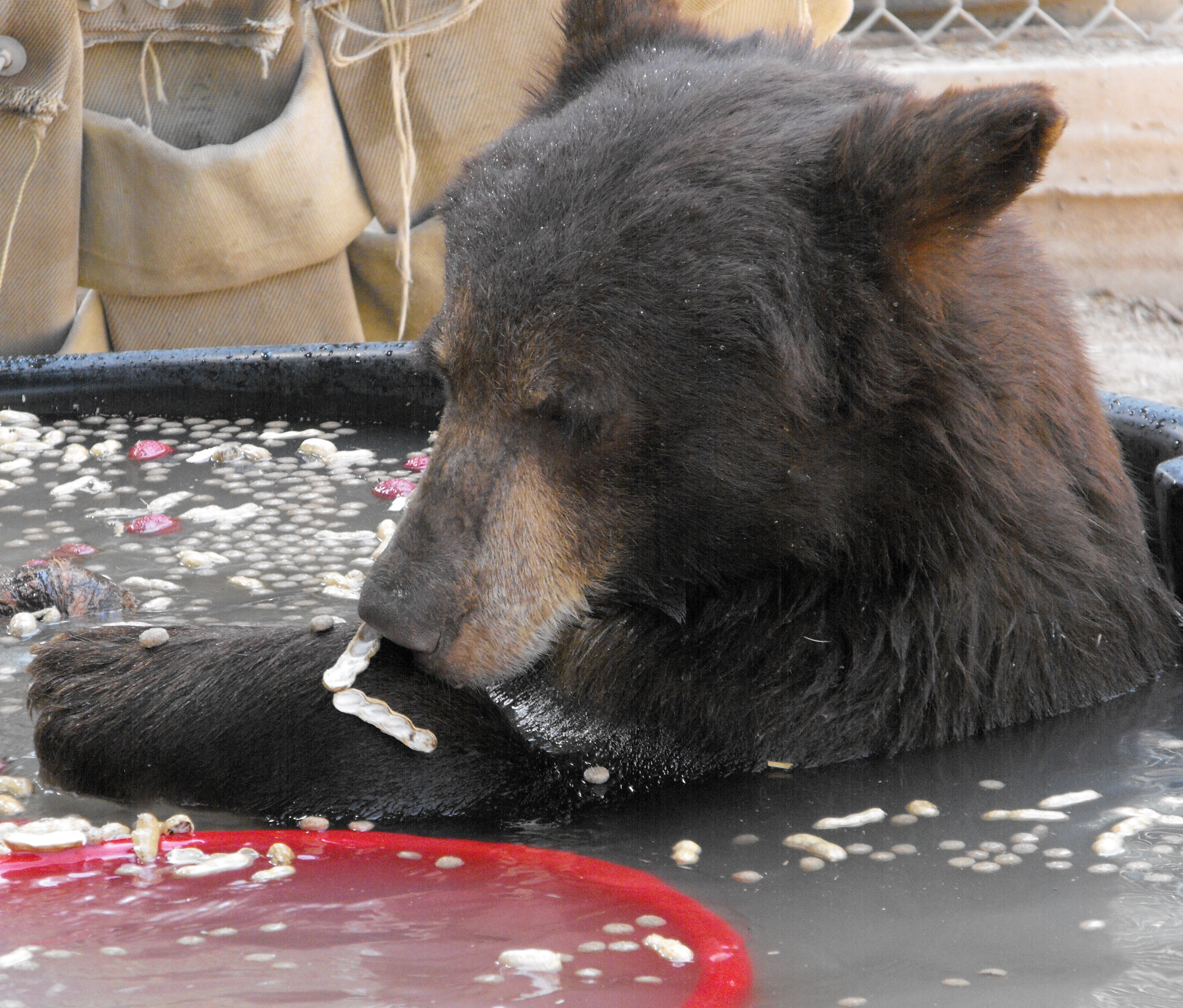 Bill Duncan of Duncan Plumbing is providing all of the piping and labor for the pool and waterfall, and Curiel Steel the steel and rebar for the 3-foot-deep pool. Kent Leach of DSE Shotcrete received these insights from Mike regarding the amount of material his crew will need: “If you know the height of a bear from his butt to his shoulders while sitting, that would be about right.”

John Brishky of Just Falls is building a waterfall over existing site boulders. The water will cascade down on the bears when they sit under it — a bear shower.

“I appreciate all your offers,” he says to his subcontractors. “I love your giving hearts.”

Mike expects Joan to be triply happy with his giving heart and this second bear pool. Her birthday is April 14, their 35th anniversary is June 25 and Earth Day is April 22.

This time he remembered, without pause! BUILD NOW TO SWIM THIS SUMMER!

Make this summer one to remember – with a backyard oasis perfect for your summer escape. We’re offering March specials on travertine, decking, cleaning systems, landscaping, and more! Plus, deals on complete pool remodels –everything you need to transform your backyard into the ultimate getaway.

As Arizona’s premier outdoor builder, we bring the good times home. Build now to swim all summer long, and make it one for the books!

Meet with our world-class designers and create the outdoor space of your dreams. Our specialty is bringing your family’s backyard vision to life. Request an estimate and set your summer dreams in motion!


According to the Centers for Disease Control (CDC), there is no evidence that COVID-19 can be spread to humans through the use of pools and hot tubs. Proper operation, maintenance, and disinfection (e.g., with chlorine and bromine) of pools and hot tubs should remove or inactivate the virus that causes COVID-19.